“Don’t be Afraid to Jump Right In!”

“Don’t be afraid to jump right in!”, says Micah Alm as he recounts his experiences with GREAT. Micah first stumbled upon GREAT when he was looking for local volunteer opportunities and found that we were searching for volunteers to be on the crew for “Elf: The Musical”. Before his involvement with GREAT Micah didn’t really have any experience in theatre, so you can imagine the nervous excitement that came along with attending his first crew meeting.

“Everyone that volunteers or works for GREAT will make you feel welcome. When I showed up the first day I felt out of place, but people treated me like I’d already been there for some time.”

Since being on crew, Micah feels GREAT “helped him get out of his ‘bubble’” as he went on to audition for “Ahoy! Murder! Dead Ahead!” where he was cast as a server. Later, during GREAT’s Best of Broadway live stream back in April, he sang “Waving Through a Window” from “Dear Evan Hansen”. Micah confessed he had never sang in front of people before then, but GREAT has given him the courage to expand his artistic horizons.

Micah’s appreciation of GREAT prompted him to become a monthly donor and he was one of many to donate to the GREATer Together campaign saying, “I am glad I can help give others a way to express themselves. GREAT got me out into the community again, and I’ve met some ‘great’ people’ [doing so].” Thank you for your support – both in time and treasure, Micah! 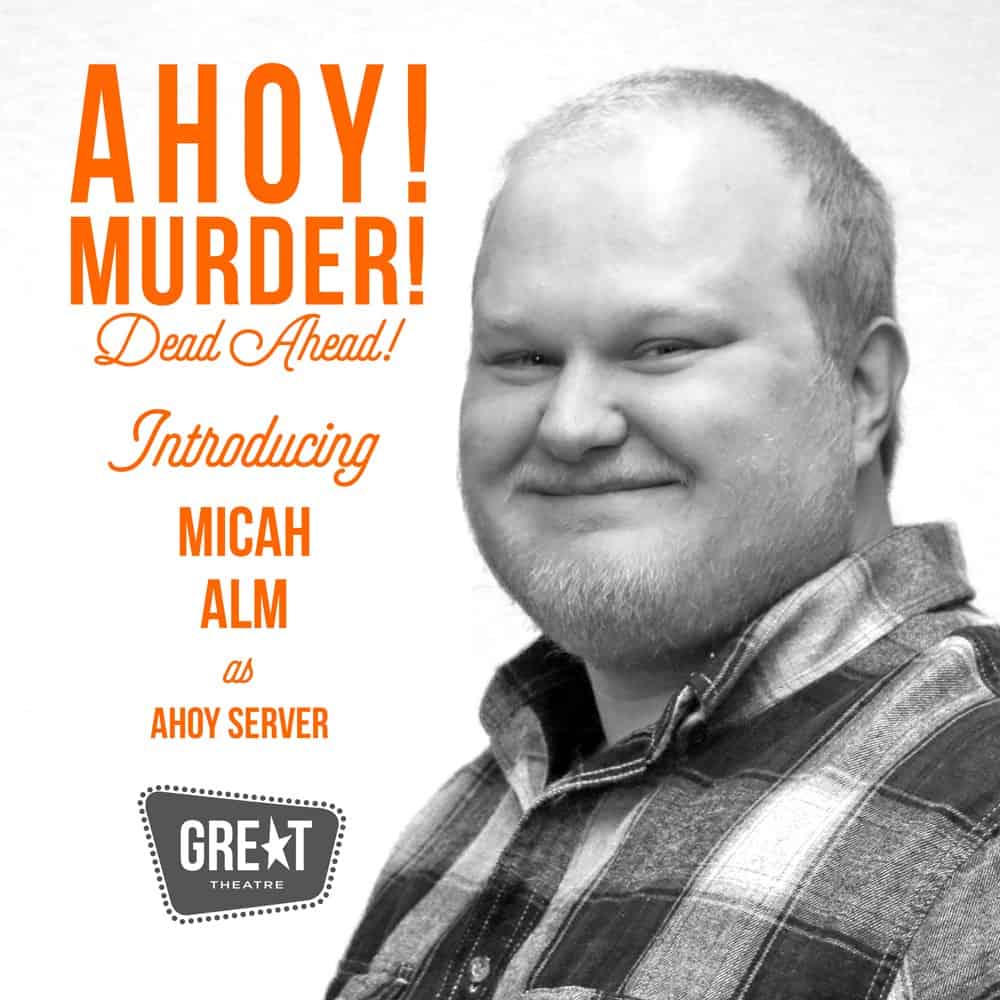