“The stars just aligned, no pun intended.” In 2009, thirteen year old Jerome was introduced to GREAT for the first time. He played the Cat in the Hat in GREAT’s production of Suessical the Musical at the Boys and Girls Club of Central Minnesota. Jerome Akubue has been involved with GREAT ever since – in a variety of capacities.

My aunt told me that I would be great in Hairspray [in 2012], and it ended up being so much fun. I had an ensemble role and it was mostly dancing, which I loved. Dancing is one of the things I’m most passionate about.”

Upon graduating from high school, Jerome started working for GREAT as a teaching artist. In addition to choreographing and teaching for GREAT’s summer camps, Jerome has choreographed at Ms. Melinda’s Dance Studio, where he is also a teacher and the Director of Hip-Hop. He’s choreographed for St. John’s Prep, St. John’s Boys Choir, and GREAT’s Youth Artist Project as well. Having made a name for himself as a local choreographer, Jerome was approached in 2019 to dance in Dancing With Our Stars, an annual competition-based fundraiser put on by the Women’s Fund of Central Minnesota. Though the event was canceled in 2020, Jerome won the judges’ choice in the 2021 Dancing With Our Stars event, and he’s excited to return this year, raising money for GREAT alongside community star Helga Bauerly.

The event organizers reached out again this year to ask if I would be interested in dancing with Helga and I was so excited!” The really neat part? Helga chose GREAT Theatre as her charity! The stars aligned.

Jerome’s involvement with GREAT extends beyond volunteering, performing, and teaching. In 2020, Jerome served on GREAT’s Board of Directors. He left the board when he became an employee at GREAT in 2021. Now an Administrative Assistant, Jerome supports the production staff for each show in countless ways.

Being able to feel challenged has meant a lot to me, especially in areas where I have little experience. The administrative stuff, the organizational aspects to this job, are new to me, and I really appreciate that experience.”

Jerome wants to put as much administrative experience under his belt as he can while he studies and prepares for medical school.

Since March, Jerome and Helga have been practicing for this year’s Dancing With Our Stars fundraiser, which will take place on June 13th.

I think my favorite part so far has been exploring different styles of dance outside of what’s comfortable for me. Watching Helga grow as a dancer has been really fun too. And I like it because I laugh a lot at the practices with Helga.”

Whether they’re laughing or dancing, the pair have been hard at work fundraising. Each pair’s final score will be based 40% on their dance and 60% on the amount of money they raise for the nonprofit of their choice. Helga and Jerome are fundraising for GREAT to inspire girls and women to believe in themselves through the transformative power of the arts. 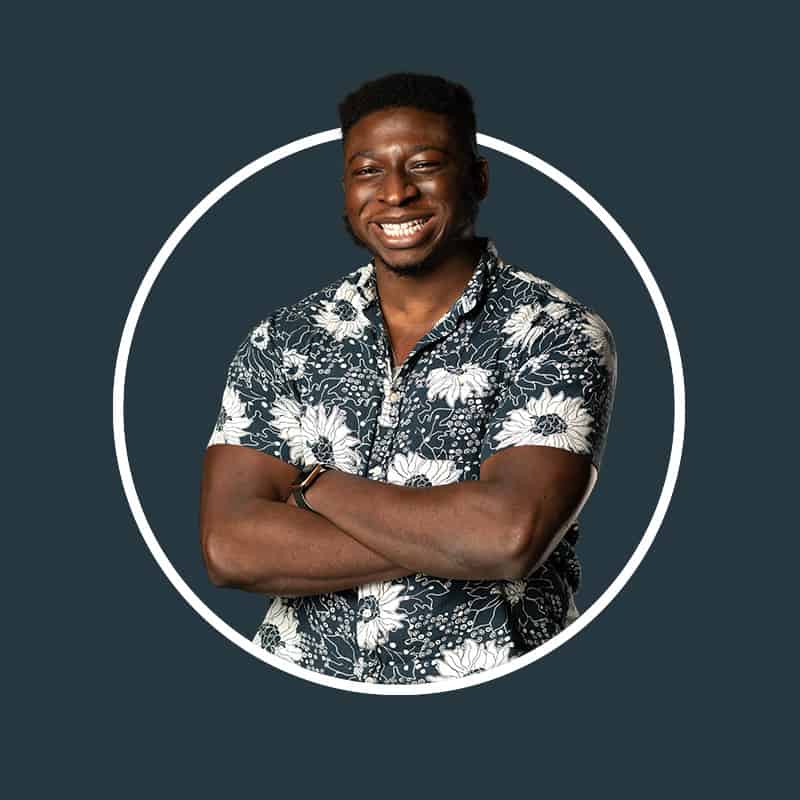 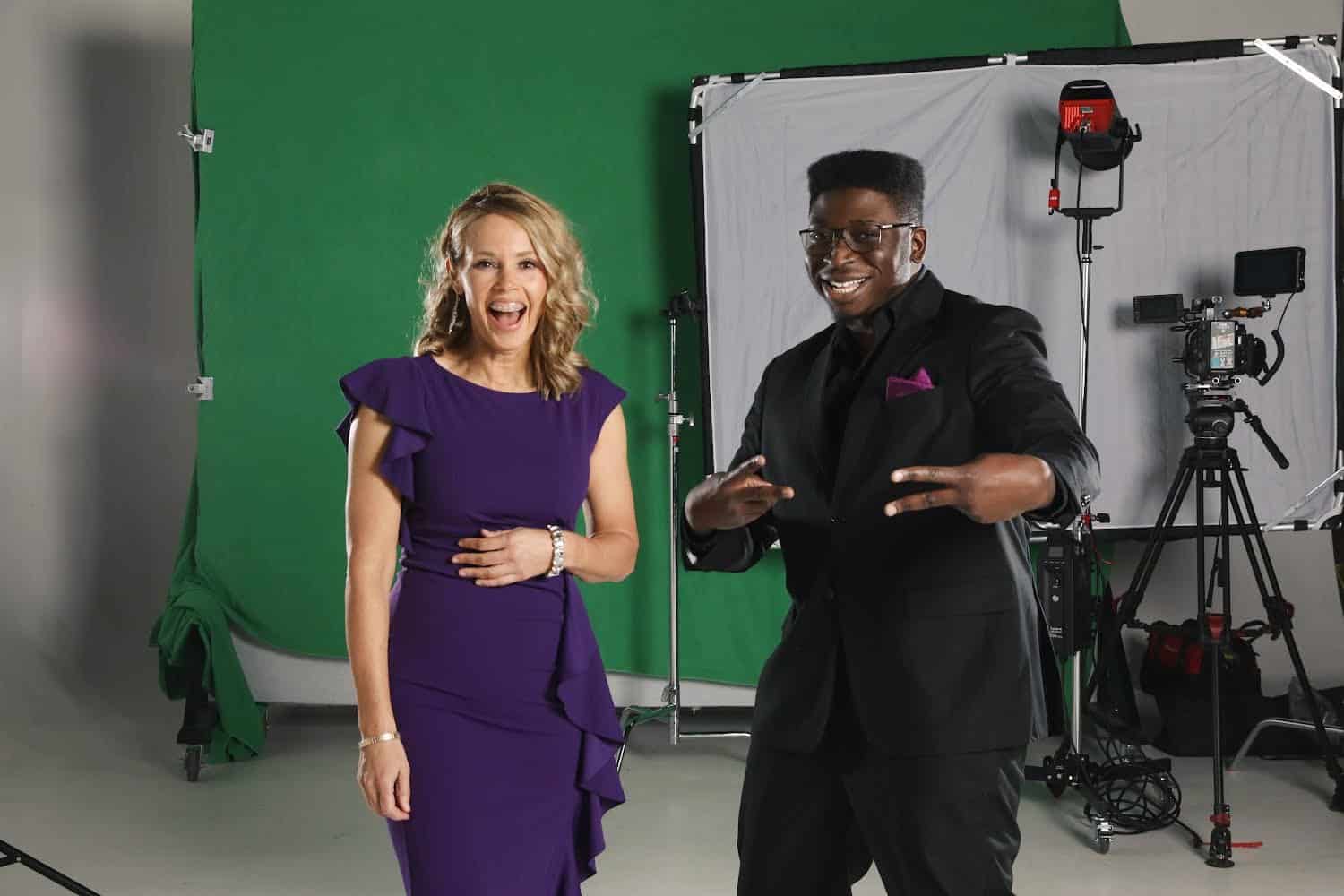 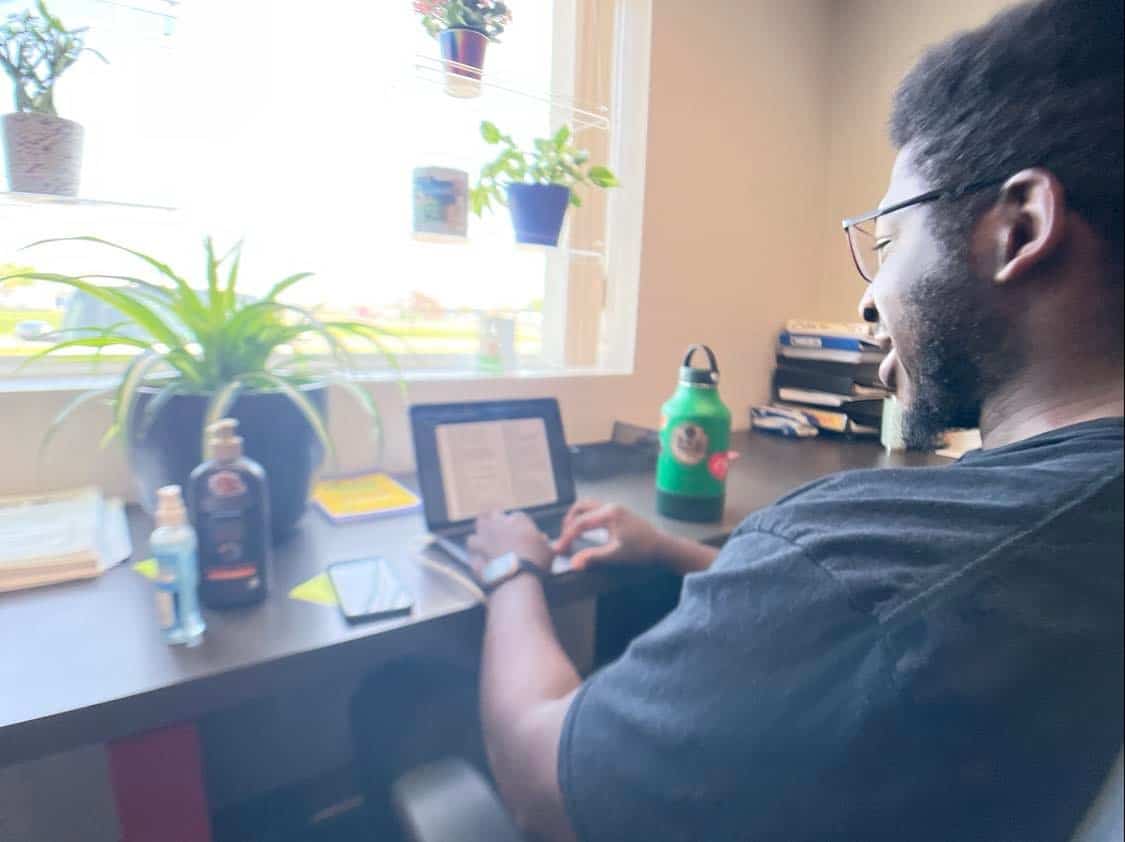