GREAT Theatre presents ‘Mamma Mia’ at the Paramount through April 24 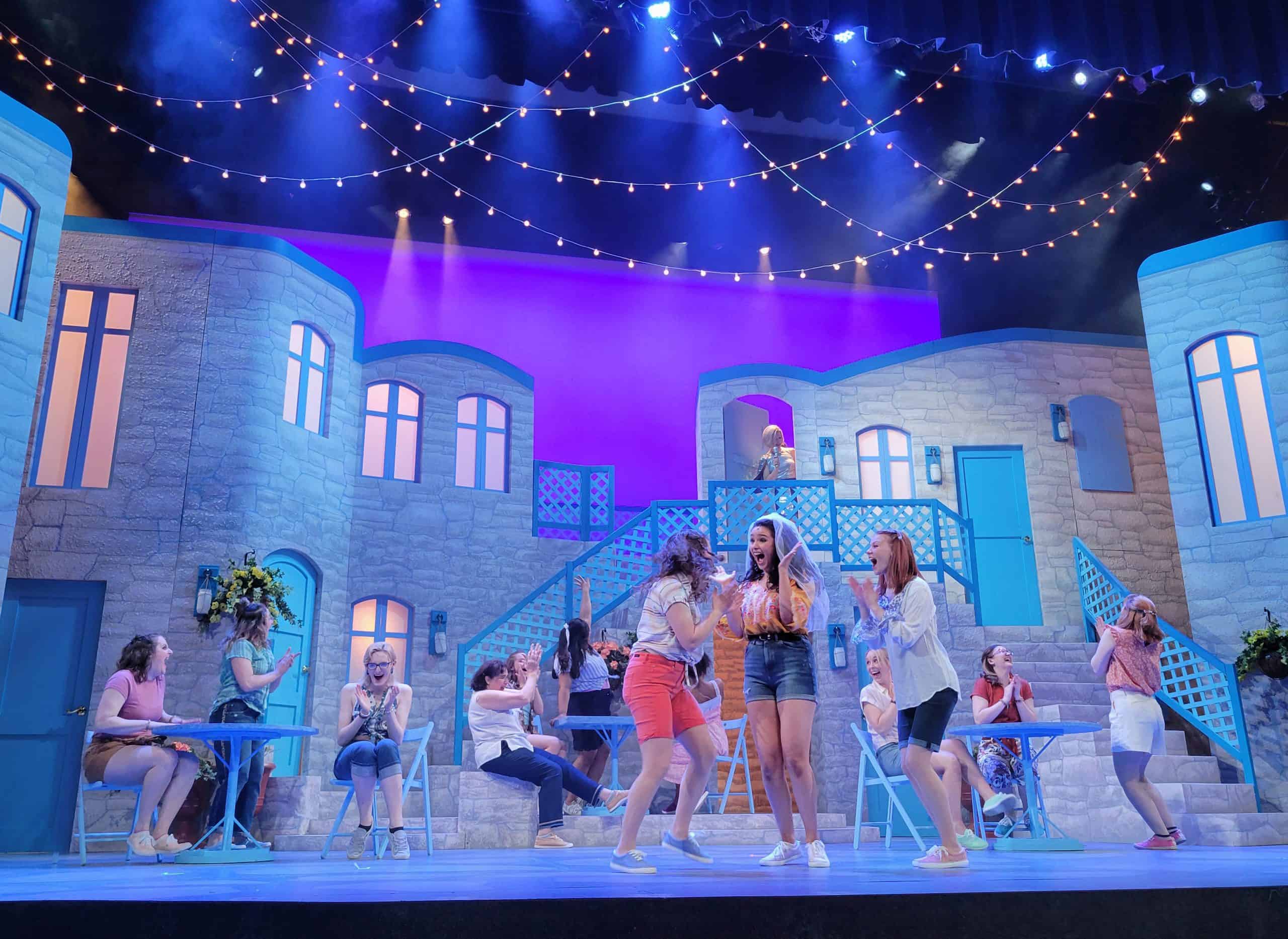 For two years the fully-built and nearly completed set of Mamma Mia! sat in a storage truck, unused. Now, GREAT Theatre has pulled out the set and chosen a new cast and artistic team to bring the production to life.

The show was a month away from opening when COVID-19 restrictions shut down live performances and the team had to strike the set and close down rehearsals. When it became clear the show couldn’t open with its original schedule, the cast was released.

“This has been a really emotional production because there are so many feelings around it,” said Artistic Director Kendra Norton Dando.

The new cast auditioned in January and while some of the cast members have returned, a good portion of them are new to the production. The leadership team also changed while the scenic designer Robert Kovach, remained the same. Dando serves as the artistic director and Allyson Richert is the director of the show.

Richert told the 29-member cast up front that this is a different show because everyone involved, even if they were part of the pre-COVID cast, is a different person coming out of pandemic shutdowns, Dando said.

“It’s joyful to be back in the rehearsal space singing and dancing to these songs that are just so much fun,” Dando said.

Though the scenic designer is the same, the set needed repairs when it came out of storage and it had to be painted. This new show has a slightly different palette and with different actors, the vision for the costumes is also different.

“The island influences are clear in this staging of “Mamma Mia,” Dando said.

The community, Dando said, has been looking forward to the production. It was one of the most anticipated titles in the 2019-2020 season, she said.

“We have all been anticipating bringing Mamma Mia! to the Paramount stage,” she said. “We have been ready to do this and we’re thrilled the time is now that we can come back together and sing and dance along to these well-known songs.”

The show runs through April 24 at the Paramount Center for the Arts.